I Can't Believe it's not Rufford.

I can't believe a week ago we were at Rufford
we both came away all fired up
but Exhausted. 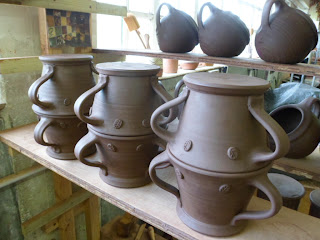 It seems like it's taken us an age to get back into the swing of things. 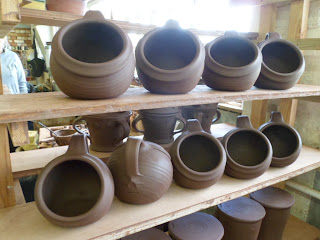 But today, Sunday all seems to coming together
and it's starting to look like we have made some pots this week. 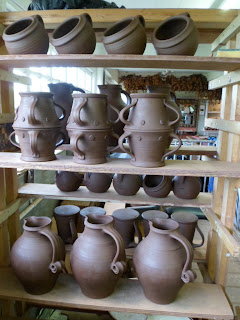 Here we have Harvest jugs, Salt Pigs and Tankards
just had the handles put on. 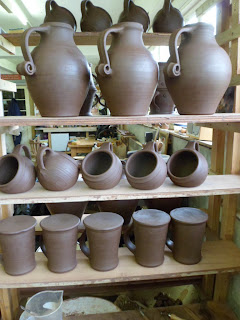 These jugs are for three different designs. 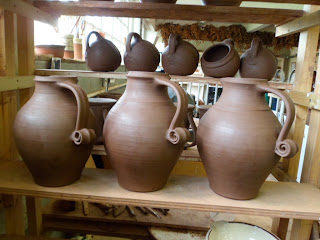 Marion has started to find her feet
so much so that she is now asking for her own work station.
more on this as we sort it out.
We worked out this morning, That I had designed the workshop
for one person and now that we are both working we need to
re think the layout and shelving. 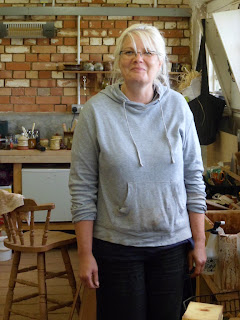 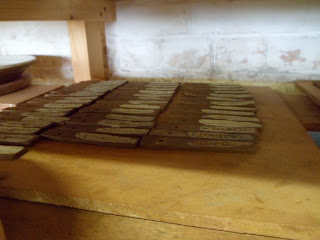 and some press moulded dishes with Sgraffito decoration. 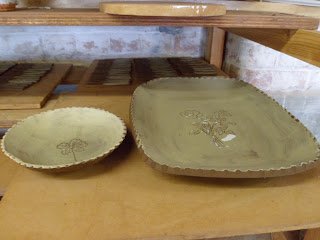 and this hump mould from the Wenford Bridge pottery 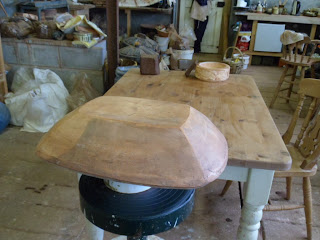 Our friend Anne came to show us her Morris Minor
she was taking out for a spin, it's been in her family since 1964
and it's called
"Chubby" 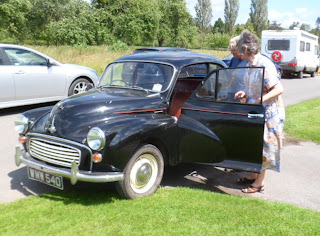 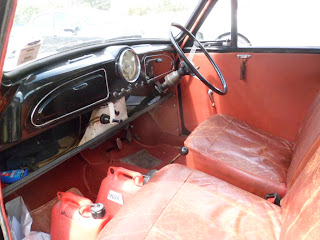 The inside is just like an old slipware pot
plain, simple, classic and it's done the job it was designed for
for years without fuss..﻿
Email Post 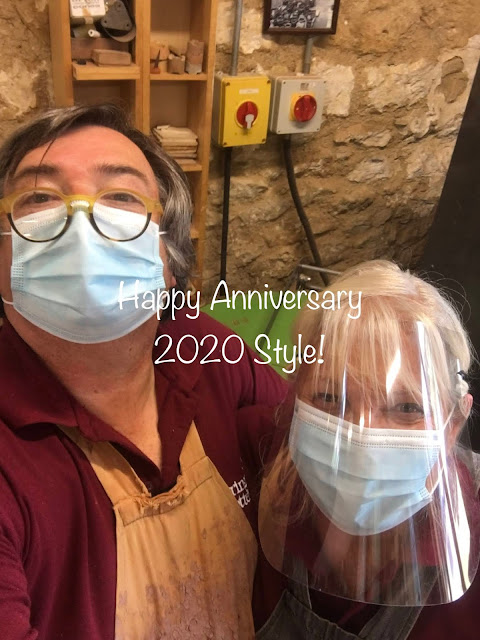 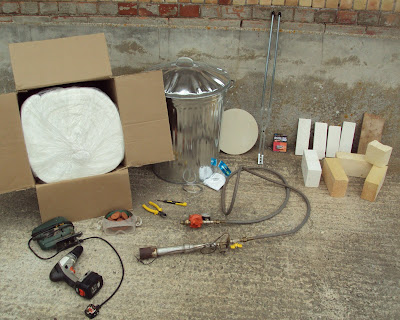